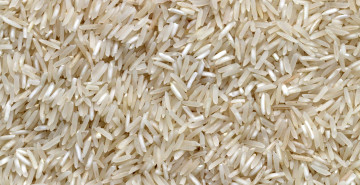 Professor Uta Paszkowski, an author of this research, said “This is a significant clarification of the molecular mechanisms triggering cell division, thereby underpinning crop root system architectural plasticity in the ecosystem. This forms an important part in our wider ambition to improve the nutrition of crops sustainably.”

Published in the journal Current Biology, this research has four key findings: the initiation of new lateral root primordia, generic chitin as a potent stimulus of lateral root development, conserved MAMP receptors to perceive the chitin signals and the broadly conserved response across diverse angiosperms.

The ability of arbuscular mycorrhizal fungi to increase lateral root numbers in various plant species has been widely observed. This research reveals that the cause is increased initiation of cell division and lateral root primordia formation.

In a broader ecological and evolutionary context, the exact biological significance of this conserved response requires more investigation. The authors speculate that the detection process of chitinaceous molecules might facilitate the monitoring of the soil biota.

This pre-existing signalling pathway might be an ancestral feature of all plants engaging in nitrogen-fixing symbioses where diazotroph bacteria also employ chitinaceous LCOs to stimulate cell-division leading to nodule formation. This finding is therefore important for potential engineering of nitrogen fixation into cereal crops.


I studied a Bachelor’s degree in Biology and Master's Degree in Genetics and Cell Biology in Madrid. My interest in plant science began when I performed my master thesis in legume- bacteria symbiosis at Polytechnique University of Madrid (Spain). After that, I worked as a technician for 3 years at NIAB, trying to understand nitrogen symbiosis in actinorhizal plants. 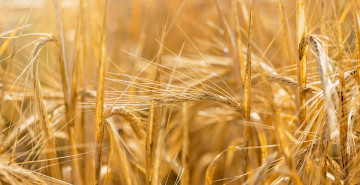 Research published in Nature Communications demonstrates a mechanism to enhance the colonization of cereals by arbuscular mycorrhizal fungi.

These enhanced arbuscular mycorrhizal fungal associations have the potential to improve the efficiency with which crops capture nutrients from the environment, which could reduce the global dependence on inorganic fertilizers.

Professor Oldroyd who led the work said: “This is an important advance in our understanding of how the external environment controls the plants’ willingness to engage with beneficial microorganisms, but also has important ramifications for sustainable crop production. We are currently testing the results of this study in field experiments.”

This research uncovered a means by which plants change their responsiveness to symbiotic microbial partners, depending on whether the plant is starved for nutrients or not. The research shows that this mechanism can be used to enhance the colonisation of cereals by arbuscular mycorrhizal fungi through the overexpression of transcription factors that ordinarily activate the engagement with arbuscular mycorrhizal fungi, when the plant is starved for nutrients and therefore most in need of help from the fungus to capture nutrients from the soil.

Discovered by researchers at the Crop Science Centre, this mechanism is likely an important engineering target for improving symbiotic nutrient uptake efficiency in agricultural contexts, with important implications for improving the sustainability of crop production.

respond to nutrient availability. Her research aims to provide useful information for the development of crop varieties (especially wheat) that can produce high yield with lower fertiliser inputs. Through collaboration with Ethiopia and India, she has strong interest in millet species (e.g. foxtail millet, pearl millet and finger millet) as well as tef (Eragrostis tef).


I am a Research Assistant with the Derevnina group at the Crop Science Centre. We are investigating how plant pathogens interact with plant intracellular receptor networks in order to overcome resistance. I have previously worked on identifying plant cell-surface receptors to combat economically important diseases in soybean and maize plants.


I am a PhD student from Coimbra University, Portugal. I working in Sebastian Eves-van den Akker group, investigating the impact of temperature on pant-nematode interaction. My project aims to evaluate the effect of temperature on tomato resistance and Meloidogyne enterolobii virulence. 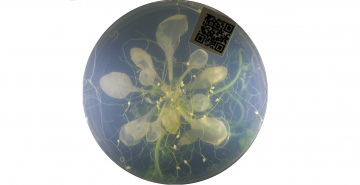 Scientists at the Crop Science Centre, in collaboration with partners around the world (principally the University of California Davis and the University of Bonn), have discovered that tweaking plant metabolic pathways can help us prevent nematodes from causing crop diseases.

Published in Nature Communications, the study focused on the nematode-host plant ‘hologenome’ – which includes the DNA of both the host plant and all its symbiotic microbes as one entity – to define essential stages in the metabolism of a select range of essential metabolites, without which the nematode fails to cause disease in the plant. Some stages of the metabolic process occur in the nematode, and other stages occur in the host plant, and if any one of the stages fails, then the process as a whole fails.

Dr Sebastian Eves-van den Akker and his team in the Plant-Parasite Interactions research group at the Crop Science Centre first sequenced and assembled a high-quality genome of the cyst nematode Heterodera schachtii. By analysing the hologenome of the plant-nematode infection site they were able to identify metabolic pathways that were incomplete in the parasite but complemented by the host, one of which was the Vitamin B5 pathway, the beginning of which is switched on in the plant, and the end of which is switched on in the nematode. Removal of either the plant-encoded or nematode-encoded steps in the pathway greatly reduced parasitic success.

‘People often think the best way make a plant more resistant to an attacker is to activate or even add a gene that improves the plant’s resistance in some way.,’ said Dr Eves-van den Akker. ‘What we’ve been able to show here is an effective method of achieving the same results by doing the opposite, by switching off a gene in the plant that the nematode relies on to cause disease. This is important because, from a practical point of view, it’s so much easier to remove something that is there than to add something that isn’t.’

This discovery offers opportunities for the use of modern CRISPR technologies to boost crop resistance. These allow the targeted removal of ‘susceptibility’ genes in crops (so-called ‘S’ genes), and are already widely applied commercially in many countries.

‘Not only have we discovered new genes that we can extract using CRISPR technologies to limit the level of disease in the plant, but we’ve also found a new way of identifying such genes. By taking the plant-nematode genome as one entity, we’ve been able to capture new gene activity that is essential to the success of this symbiotic relationship.’, said Dr Eves-van den Akker. ‘We’re pleased to dub this the ‘Hologenome theory of S gene discovery’ and are already exploring other crop-disease associations.‘ 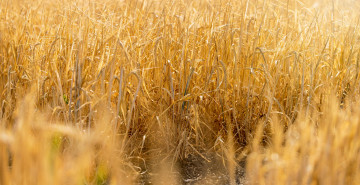 The new MPhil Biological Sciences (Crop Science) brings together leading experts in a once in a lifetime course that will change the way you think. The one-year course will train future leaders in crop science to take creative approaches to global food security and will prepare students for multiple career paths, including competitive PhD positions and research-based positions in Agritech. The training in wide-ranging transferable skills will be valuable for students pursuing careers in science policy and governance, social science, science communication, and non-research based positions in Agritech and international charitable bodies.

Divided into two parts – a taught component in which students will study crop development, metabolism and physiology, plant-biotic interactions, crop improvement, and investigate the future of sustainable agriculture, followed by an eight month research project – the course will explore new ways of thinking about what agriculture should be in 2050 and how we might get there.

'Solving the challenges facing global agriculture requires a global, innovative and interdisciplinary approach.’, said Prof Ian Henderson, course Director. 'Our course is tailored to provide exactly this training to the next generation of crop scientists, and to provide a springboard for their careers into diverse areas, including research, science policy and science communication’.

The course draws on the department’s expertise that is concentrated at the Crop Science Centre, a joint initiative between the Department of Plant Sciences and the National Institute of Agricultural Botany (NIAB). Students will be able to benefit from NIAB’s expertise and the synergies present at the Centre.

'We are seeking to recruit the brightest and most committed young crop scientists from any background, both within the UK and internationally. Candidates should have a degree in a relevant area of science, and a burning desire to make a difference to global agriculture.’, said Prof Henderson.

The deadline for applications is 5th January 2023. Candidates will be shortlisted and invited for interview by 12th January and offers made by 2nd February.


I am a PhD student working in Natasha Yelina's group on manipulating meiotic recombination for crop breeding with a focus on developing virus-induced gene silencing and editing in soybean.

I did a BA in Natural Sciences at the University of Cambridge and then worked as a research technician in the Circadian Signal Transduction group at the Department of Plant Sciences.


I am a final year plant sciences student doing my lab project on the natural variation of resistance to cyst nematodes in Arabidopsis thaliana.

The Crop Science Centre is a coalition between the University of Cambridge, Department of Plant Sciences, and NIAB. This coalition focuses on translational research in crops with real-world impact. We combine the diverse skills and expertise of the University and NIAB, providing an environment for research excellence with the capability to apply discoveries to crop improvement in the field.

Our research is interdisciplinary and of global relevance. We strive to improve both staple crops such as maize, wheat and rice, but also the specific crops of relevance to small-holder farmers, particularly those in Sub-Saharan Africa.

The Centre provides leadership in crop sciences, with a creative and dynamic research culture, motivated by improvement of agriculture for the betterment of society. 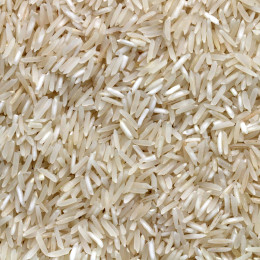 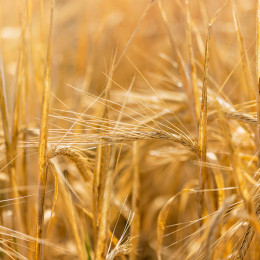 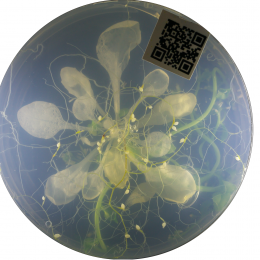 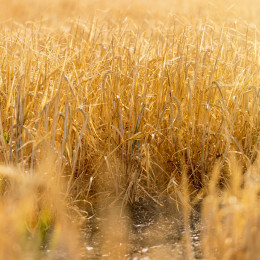 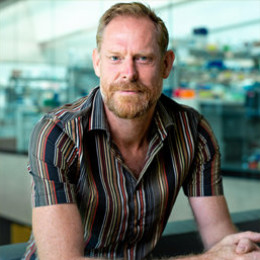 “At the Crop Science Centre we have the scientific breadth and track record to rapidly respond to one of the grand challenges of our time: growing enough nutritious food for an increasing population while reducing inputs and green house emissions.” 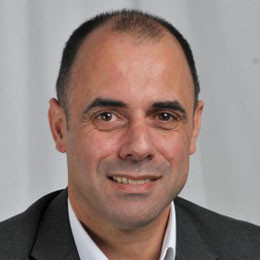 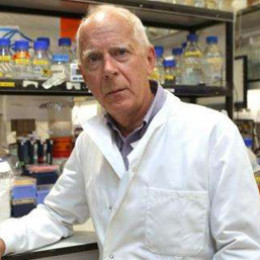