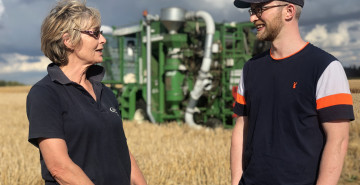 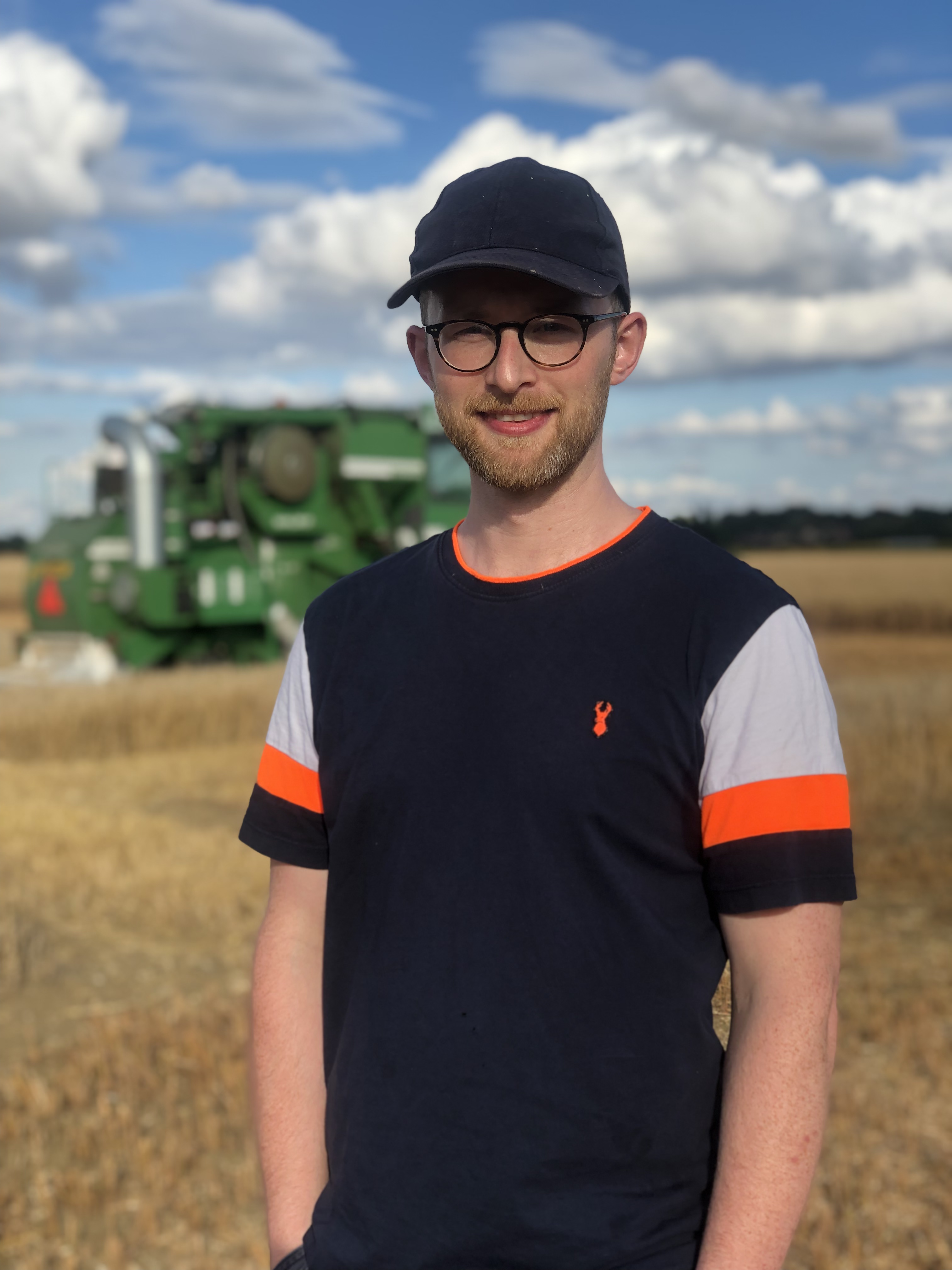 “We are excited to have planted our first ENSA field trial here at the Crop Science Centre, a collaboration between NIAB and the University of Cambridge. In this trial, we are testing the effect of mycorrhizal fungi inoculants on the performance of four cultivars of spring malting barley - LG Diablo, RGT Planet, Laureate and Golden Promise. We will soon harvest the trial and assess the impact of the mycorrhizas on crop yield and grain nutrient contents.

Most of our crop plants in the UK already grow in symbiosis with naturally occurring mycorrhizal fungi, but many practices in modern agriculture such as tillage and fertiliser application can harm the formation and function of these interactions. As a result, the benefit received by the plants from mycorrhizas can be low or even zero. In this barley trial, we are taking the first steps to investigate how mycorrhizas form in the field, and how we might develop new crops which establish strong, positive interactions with mycorrhizal fungi.”

At the Crop Science Centre, we are searching for innovative ways to improve the sustainability of farming systems globally. Efficient nutrient uptake by crops is still a major challenge across the world, and sustainably improving crop nutrition is a major focus of our work. In higher-income countries, the over-use of fertilisers often causes environmental damage, while in lower-income countries, crop yields are limited because fertilisers are unaffordable or unavailable to many farmers. It is increasingly clear that to achieve global food security, future crops must be less reliant on synthetic fertilisers. 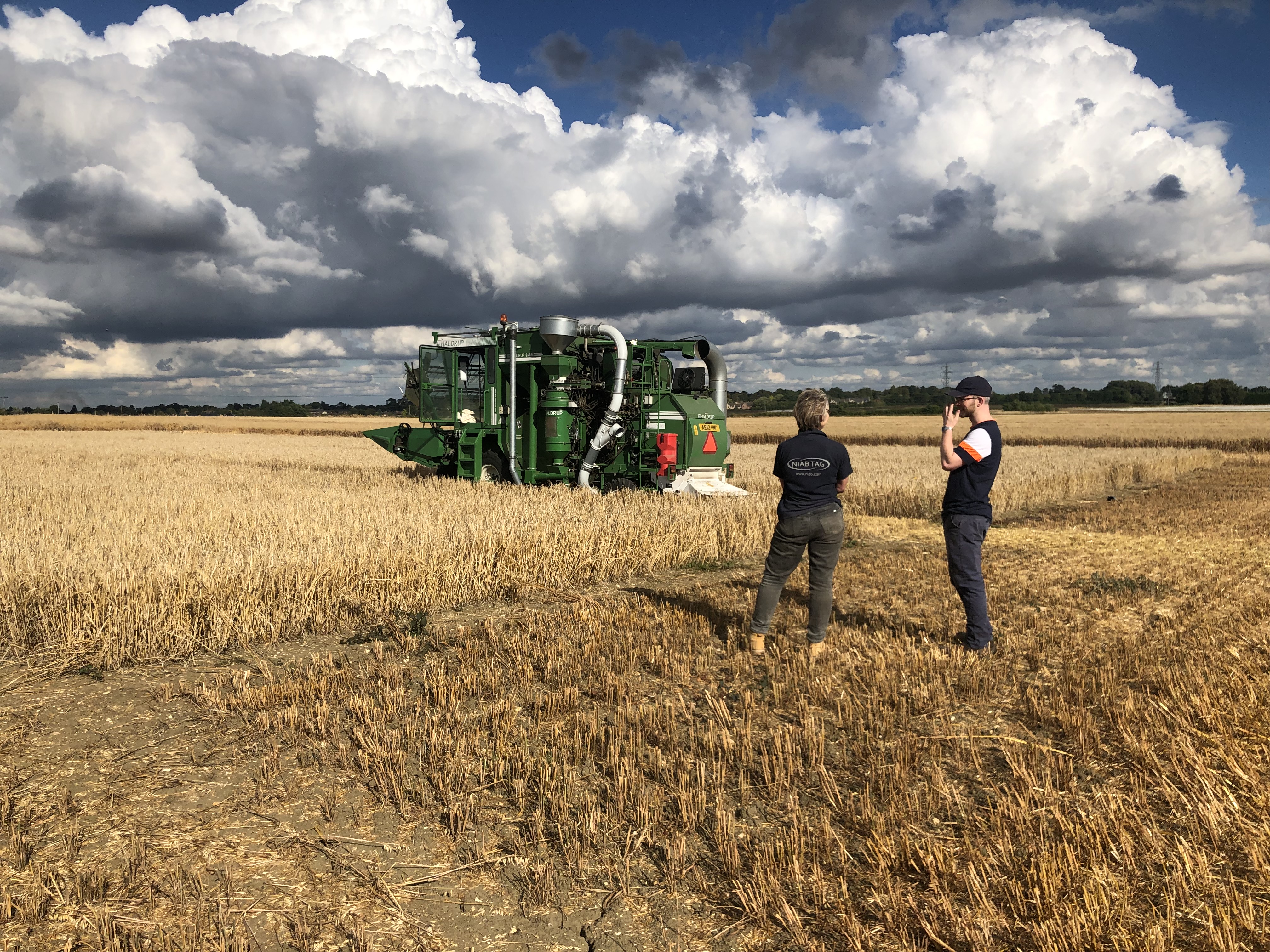 The trial barley crops have now been successfully harvested from Park Farm by a team from NIAB, including Sue Mann (photographed above) 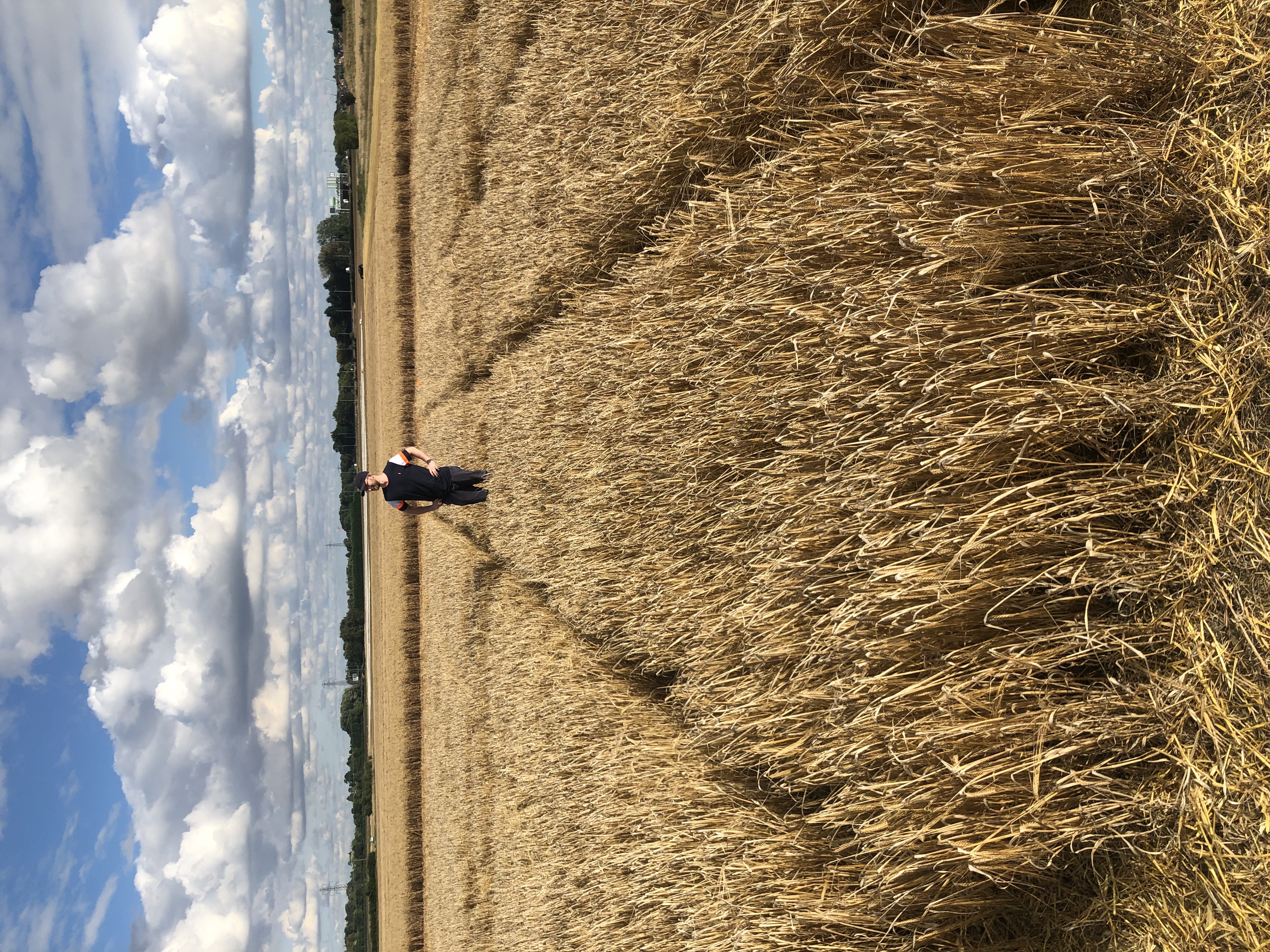 . The trial had four cultivars of barley, and each of these either had a mycorrhizal inoculum added when the seeds were sown, or they were sown without the inoculum, so there were eight treatment groups. Each of these groups was then replicated six times, so there were 48 trials plots in total. The plots were 2m wide x 9m long  (as can be seen on the photo to the right).

Writing shortly after the harvest was complete, Tom Thirkell said:

"After a damp start the sky cleared, and some afternoon sun dried the trial enough for the harvester to go out. I am really pleased with the way the harvest went, and the trial in general - NIAB have been great to work with on this project. I am looking forward to working through the data from our first field trial at the Crop Science Centre and seeing what effects the mycorrhizal inoculation had on these barley cultivars. As well as getting yield data from these plots, we are sending samples for further analysis which will give us details on the nutritional and malting quality of our barley crop."