Giles Oldroyd studies interactions between plants and beneficial micro-organisms, both bacteria and fungi, that aid in the uptake of nutrients from the environment, especially nitrogen and phosphorus. These microbial associations are intracellular, allowing tight control of nutrient exchange, with sources of carbon delivered to the microorganisms from the plant in exchange for nitrogen and phosphorus. Giles’ work has dissected the signal transduction pathway in plants that allows the recognition of beneficial microorganisms and the mechanisms by which plant development is modified to support these interactions.

Giles received his BA in Plant Biology in 1994 from the University of East Anglia and his PhD in 1998 from the University of California, Berkeley. He began work in symbiotic associations in plants as a Howard Hughes Medical Institute postdoctoral fellow at Stanford University, California, under the guidance of Professor Sharon Long. He started his independent research career in 2002 as a BBSRC David Philips Fellow at the John Innes Centre in Norwich. He joined SLCU as a group leader in November 2017 (https://www.slcu.cam.ac.uk/people/giles-oldroyd), and became the Russell R Geiger Professor of Crop Sciences and the director of the Crop Science Centre in October 2019. Giles has been honoured with the Society of Experimental Biology President’s Medal, a Royal Society Wolfson Research merit award, the EMBO Young Investigator award and now leads an international programme focused on engineering nitrogen-fixing cereals funded by the Bill and Melinda Gates Foundation. 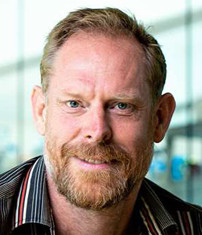